When Argentine-born producer Marcos Steinel first heard minimal techno, he dropped his life as an Ibiza-based DJ and moved to Berlin. Since then, he has worked on a wide variety of projects, including an upcoming collaboration with SLEEP IS COMERCIAL’s sister label WHAT NOW BECOMES© under the alias Shacq.

You wouldn’t think it by looking at the space from outside, but ARTtraktiv, an unassuming, residential-looking building in Lichtenberg, where Steinel has his studio, houses more creativity you’ll find in a great deal of towns and cities we’ve been to. It’s a place where music lives and breathes, 24 hours a day, seven days a week. To Steinel, ARTtraktiv represents something that no other city than Berlin has to offer. MT caught up with him in the midst of a work day and quickly found out that the move from Balearic to Minimal wasn’t Steinel’s first shift in gernes.

How did you first start playing music?

During my childhood in Argentina, I got pretty motivated to make music and asked my mom if she would let me play Spanish guitar, but she nudged me towards rock music. I ended up spending my adolescence gigging with the cheapest electric guitar on the planet with a cover band called “Siete Nudos”. Years later in Ibiza, and with some propper strings, I played in a group with Niko Weaver [best known for his collaborations with Prince]. Niko mentored me in the art of improvisation and thinking on the spot. It was a lot of fun, all around the same time I transferred into DJing.

Tell us a little more about DJing in Ibiza

I learned a lot from Ibiza. At the beginning I was  DJing on rudimentary equipment. In fact, my first set up was a cd player and a Sony Ericsson cellphone that I used to mix on. Before long, the equipment improved for me, but every year the music was more mainstream and more commercial.

And the transition to Berlin?

Berlin offers so many venues. You can go out every day of the week and something worthwhile is happening. And it’s much more relaxed. In Ibiza, big name DJs are surrounded by security. Here in Berlin you see them performing a foot away from you, but people care more about the music, the culture or the scene than they do about any specific name. The scene’s a little different in Ibiza, where they put salt water in the WC so you don’t drink from the sinks. 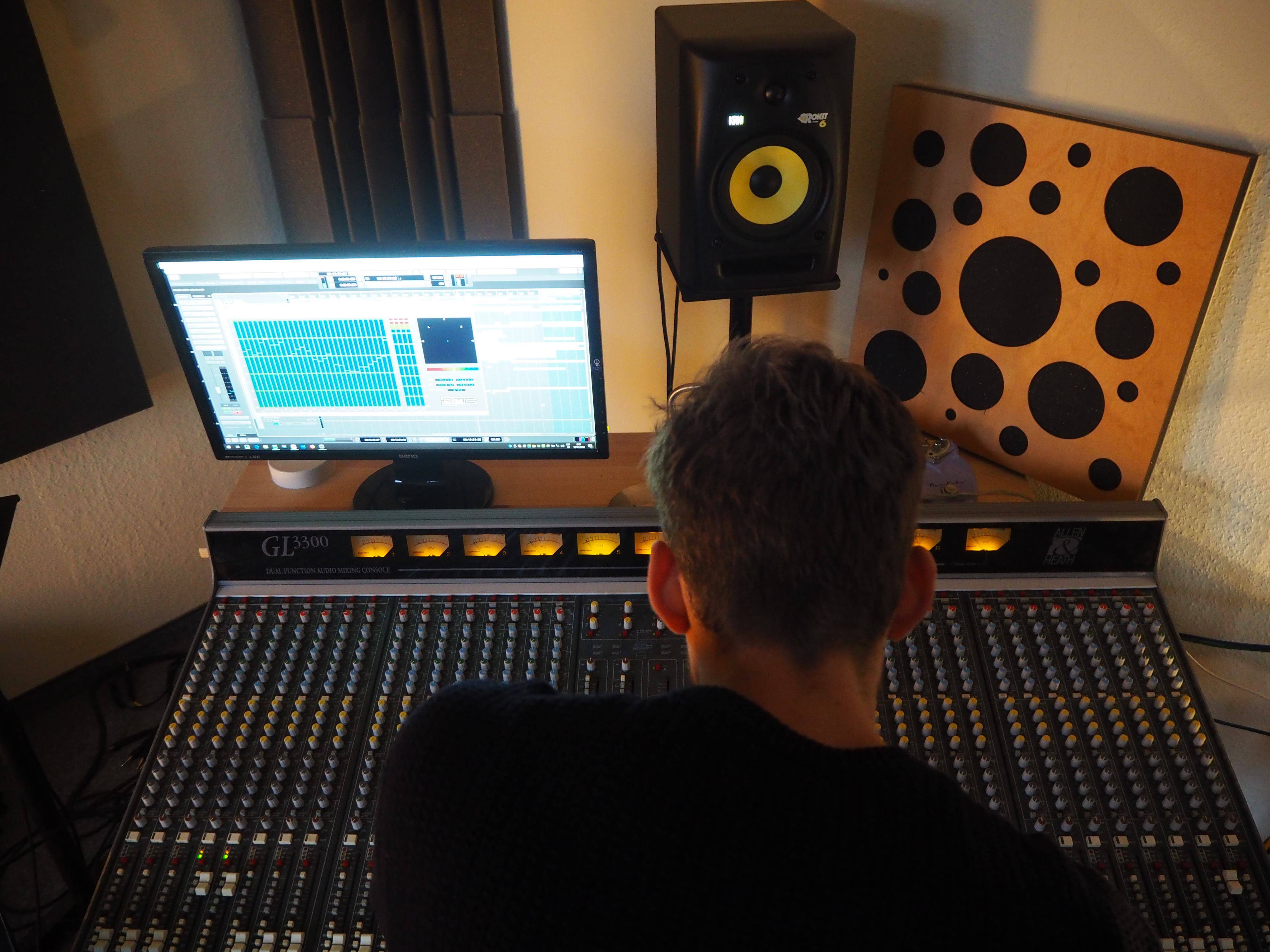 Have you had a favorite moment while clubbing out in Berlin?

There have been so many, but hearing my music being played at Club der Visionäre has gotta be up there!

And besides the parties?

The creative climate is something else in Berlin. I got tired of Ibiza winters, when it’s easy to lose motivation. Here, there’s no break or reason to get bored. For example, there’s no better place I know to pick up modular synthesizers.

For sure! Every time you buy something modular you get a new sound. There’s a lot of joy in that. You can route the sound however you want. Compared to guitar, there is no ceiling or limit.

Tell us about your space

Which kind of impact do you think Music Traveler could have?

In my case, I need to be alone in my studio. This happens for producers who spend 10 hours on a beat, but I especially like the idea for people who play instruments. And if you need to mix an album on the move there’s a huge potential.

What about the potential for testing new equipment?

Sure! Making good music is all about trying different things and making discoveries. You need to check which possibilities work. You’ve gotta check out different gear to see if it works for you.

What gets your creativity flowing?

Funny enough, not going to the studio! If I don’t go there every day, then, all of a sudden, I need to go back!

What inspired your last creation?

Somehow, I must say that because of Corona I feel more chill, there is less of a race. It’s more inspiring! Otherwise making music is not so romantic. I see it as being more mathematical. If your head is clear, you can experiment with a new sound and go to the studio to focus on the music and it works.