As a singer and guitarist debuting onto the 2000’s hard rock scene, it goes without saying that Jacob Bunton looked up to 80’s and 90’s heavy metal acts like Guns ‘N Roses and Mötley Crüe. That’s one cliché to which the Emmy-Award-winning composer adheres. Besides that, Bunton’s penchant for dismantling stereotypes is, if nothing else, uncanny.

While it’s no secret that drugs and alcohol are part and parcel of most rock careers, Bunton has always been the guy in the band who doesn’t drink. Perhaps that’s why he’s managed so successfully to associate with more notable acts than there are hours in the day, toured with Stone Temple Pilots and Alice Cooper and, much to the delight of his inner child, joined forces with members of both Guns ‘N Roses and Mötley Crüe. In a similarly idiosyncratic vein, Bunton, a Music Traveler ambassador and dark wave enthusiast released a bluegrass CD in 2010 and has since produced music for The Doors (reimagining versions of their biggest songs), Smokey Robinson, The Unlikely Candidates and Mariah Carey. He shows no signs of slowing down and you’d be safe to bet that his next step, whatever it will be, will be both alluring and unexpected!

What are your musical origins?

I’ve played music my whole life. Growing up in Birmingham, Alabama meant I was surrounded by diverse forms of music including some of the best jazz, blues, rock and cajun music imaginable. So much started in the south, like Nashville country, Memphis Blues, Little Richard and Elvis. When I first started on piano guitar, and violin, I would sit in my bedroom and flip through all of that on the radio, copying what I heard.

What were the first records you bought with your own money?

Do you remember the first time you heard Guns N’ Roses?

I was a little kid and I had never heard anything like it! They changed the landscape of everything during that time. When they were coming out rock had hit a formulaic commercial format that the genre was struggling to escape from, but Guns N' Roses were raw and sang about real-life things like drugs, girls and general profanity, which was pretty refreshing!

It’s a very surreal feeling.  I was such a fan of these people and I still am.  Working with Steven Adler was an absolute blast!  He’s the sweetest guy and loves music more than anyone I’ve ever met.  He called Slash to come to the studio and play a guitar solo.  All of the stories that you hear about him nailing solos in one take are true.  He plays by feel and he creates the most memorable melodies.  It’s whatever he’s feeling at that exact moment.  It was inspiring to be around.

Playing and writing with Mick Mars is also amazing. He has the best guitar tone I’ve ever heard.  He’s always been the mysterious member of Mötley Crüe, but once you get to know him, he is actually hilarious.

Working on The Doors project was utterly surreal. That was a band my mom loved and  I remember seeing the Oliver Stone movie when I was a kid and just being amazed by their story. Randall Wixen from Wixen Music Publishing, who is a mentor and one of the coolest guys I’ve ever met asked me to do re-imagined, cinematic versions of some of The Doors biggest songs.  I still have the initial voicemail that Robby Krieger left me to discuss guitar parts when we started working on it!

Anything you’ve been listening to these days that might surprise us?

A lot of violin! Hillary Hann, Kerson Leong and Joshua Bell in particular. I also love the pianists Yuja Wang and Serene, they’re both amazing!

What has the Covid pandemic meant for you?

I had one of the busiest years of my life in 2020. When artists were not able to go on tour and do concerts, they all wanted to be in the studio. It was a little weird at first writing over Zoom, but you kinda have to roll with the punches and find a way to keep moving. Things are easier now that studios are back open. Most larger sessions have testing when you arrive and everyone is socially distanced.

With that said, I know I am very fortunate and lucky. The pandemic was devastating for so many musicians and crew members. 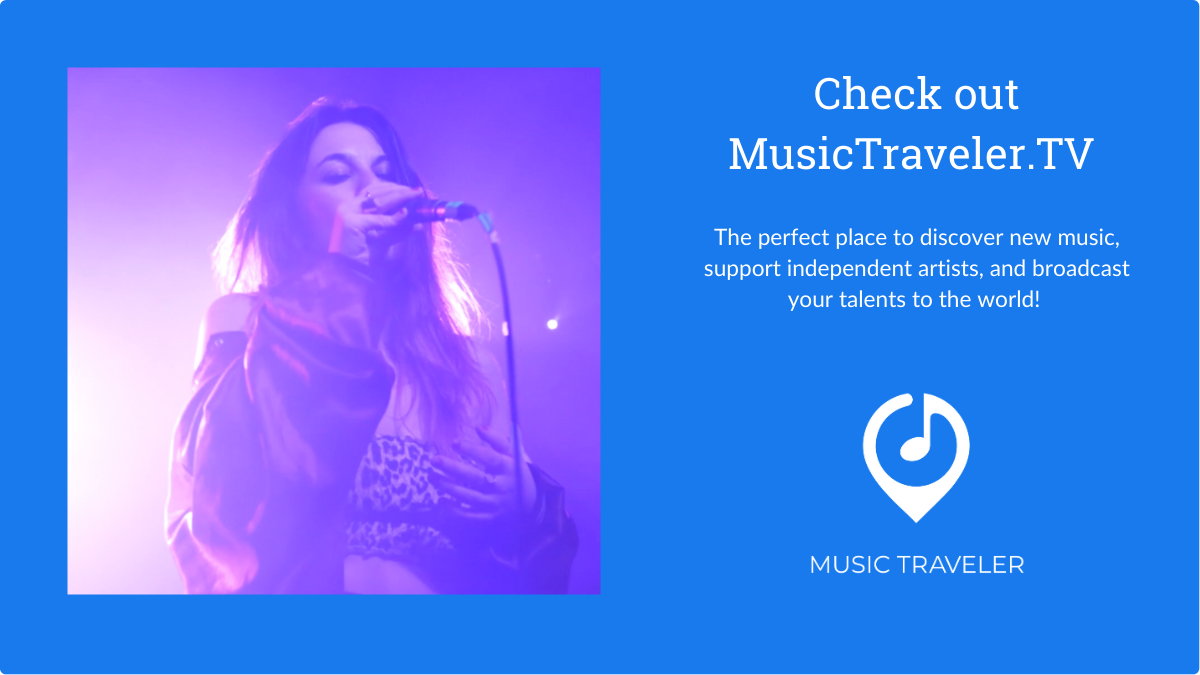 What made you want to become a Music Traveler ambassador?

I think it’s so amazing that if you happen to be travelling, no matter where you are you can find a place to rehearse through Music Traveler. It’s not always easy to find  piano or a place to blast your guitar when you’re on the road, so that’s probably reason enough!

What’s your advice for young musicians just starting out?

My advice is always the same and it is definitely not something parents want to hear. Society will tell you if you are involved with the arts of any kind that you should go to college and get a business or engineering degree as a fallback plan. As far as I’m concerned , you cannot have a backup plan! The reason for my position is simple… The heartbreak all musicians face is stronger than any non-musician can imagine. In music when the going gets tough, and it always does, the amount of rejections will build up to the point at which you’ll most certainly lean on your back up plan if you have one. So, if you want to dedicate yourself to music, dedicate yourself fully!

All I ever do is work. Music is what I would be doing as a hobby and for fun anyway if it weren’t my job. So, if I somehow got to take time off for a vacation, I’d be doing music anyway!

These are really exciting times! In a strange way I see the future of music as repeating industry trends from the past. More bands are releasing singles because they want people to listen to their music, which means many are not releasing records but as singles and EPs for streaming platforms. In that way it’s like the beginning of rock n roll history and we’ve come full circle.