We here at Music Traveler are ecstatic to introduce our newest ambassador, Graham Gouldman from rock band 10cc. Graham joins the ranks of Yuja Wang, Billy Joel, Ommas Keith, and our other MT ambassadors.

A songwriter, guitarist, and consummate musician, Graham grew up in Manchester, UK. As a child, he was drawn to the lure of the drum set, but to his disappointment, did not agree with the few tentative lessons. When Graham was 11, his cousin brought him an acoustic guitar from Spain. He had found his calling. “As soon as I held it,” he recalled, “I was gone.”

That drive pushed Graham to various roles with British bands: working with the High Spots, the Crevattes, the Planets, the Whirlwinds, then to The Mockingbirds in Liverpool. Graham’s songs caught the attention of hit band manager, Harvey Lisberg. Lisberg invited Graham to sit in his office and write songs all day. By 19, Graham had his first Top 10 hit: “For Your Love,” recorded by The Yardbirds. 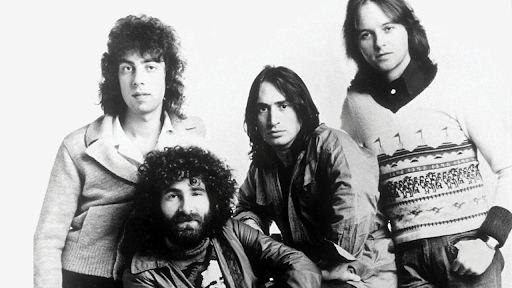 Graham is known for everything from his massive songwriting hits to his musical collaborations with Kirsty MacColl, Gary Burr, and Tim Rice. Along with Eric Steward, Kevin Godley and Lol Creme, he formed the rock band 10cc, and would go on to co-write their hits, such as “I’m Not in Love,” “The Things We Do For Love” and “Rubber Bullets,” which was No. 1 in the UK after its release. In August 2012, he released his third solo album, entitled “Love and Work.” In 2014, he was inducted in to the Songwriters Hall of Fame. In his web bio, Graham wrote on music’s allure. “I just can't imagine doing anything else,” he said. “I love working with new, sometimes unsigned artistes. I know I benefit from their fresh perspective, I can only hope they then benefit from my experience.”

The Music Traveler family is so excited to welcome the legendary songwriter and performer Graham Gouldman as our Ambassador.