Hans Zimmer reacted to his Best Original Score Oscar win by giving a speech while dressed in a bathrobe in his hotel in Amsterdam...what a Music Traveler spirit!

Our dear Hans is currently on tour with his band and his massive show (all of the gigs are HERE), but his relentless job didnt't stop him to win the Academy Award for his work on Denis Villeneuve's sci-fi epic Dune.
As he wasn't able to accept the award in person in Los Angeles, Hans celebrated with a mini Oscar statuette in his hotel bar in the Netherlands while dressed in a fluffy white bathrobe. 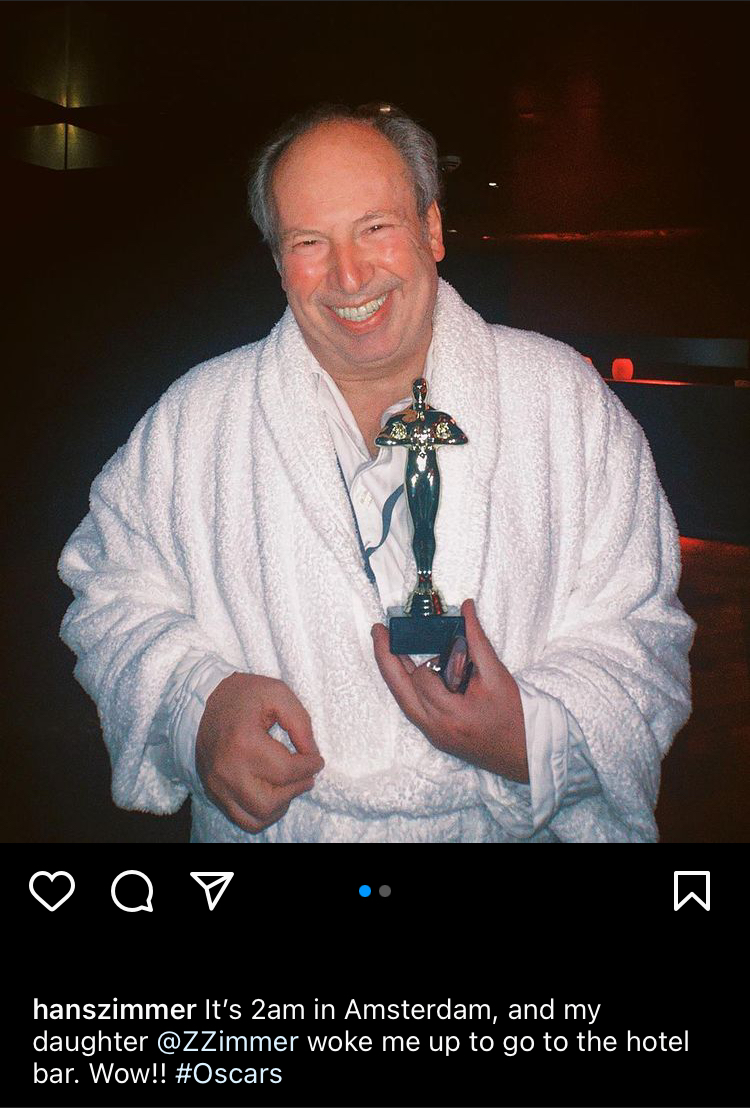 Hans obviously took his acceptance speech very seriously (despite the outfit), he said:

"Let me say this, had it not been for you and most of these people in this room, this would never have happened. Had it not been for all the musicians in this band, all the musicians in my life, who have given me the confidence to go and do these things. Had it ultimately not been for Denis Villeneuve very quietly one day saying it to me, 'Have you ever heard of a book called Dune?' and I instantly knew I had found my soulmate. Seriously, usually, you discuss things with a director, but with Denis, he starts a sentence and I finish it, I start a sentence, he finishes it. That's it."

Adding in the caption: "Thank you to @TheAcademy, but most importantly, to all the @DuneMovie musicians and our leader Denis Villeneuve."

This is the second Best Original Score Oscar for Hans Zimmer, following the legendary 1994's The Lion King: congratulations from your Music Traveler family! 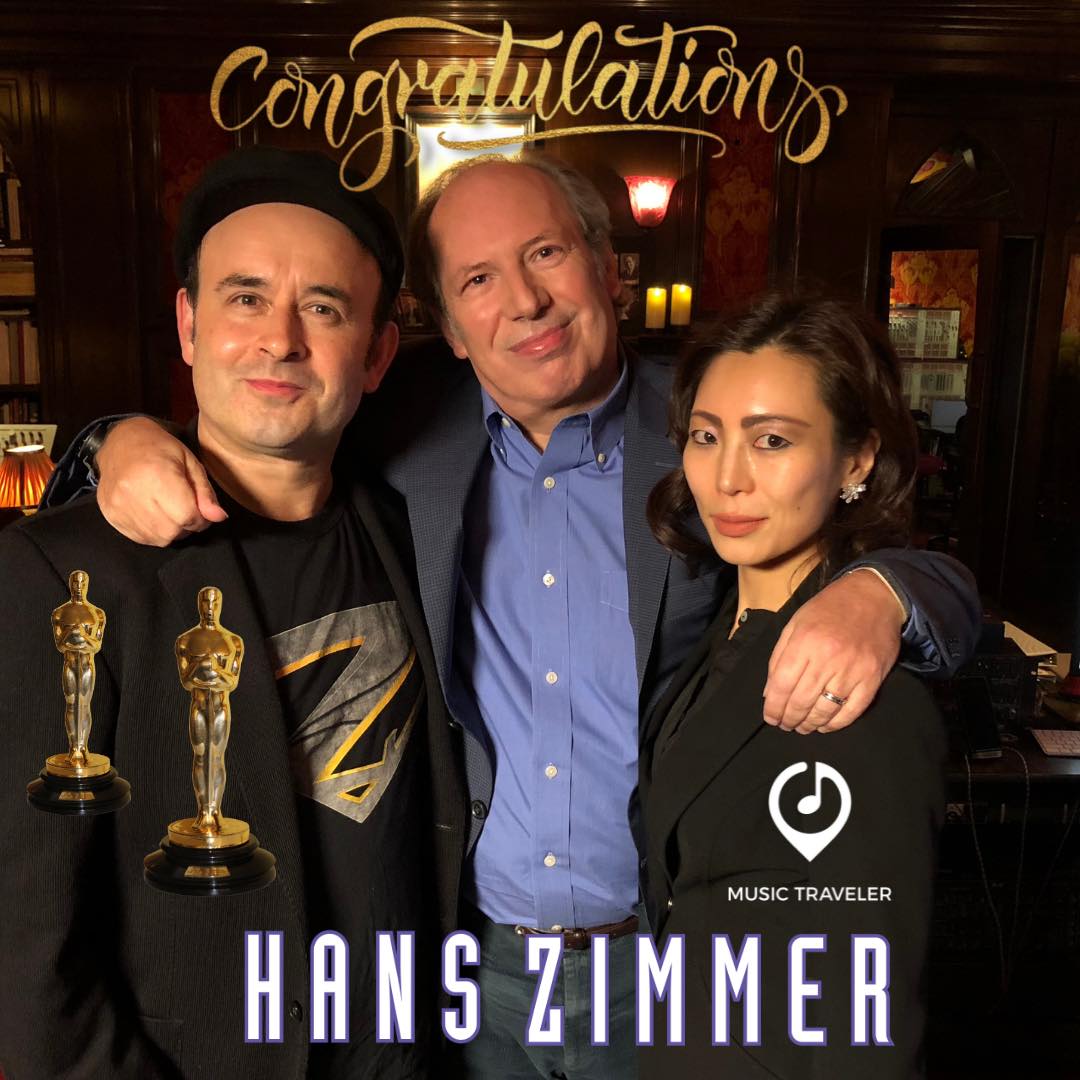