Ian Fisher’s prolific songwriting, described as “half Americana and half Abbey Road-worthy pop” by Rolling Stone, carries the hallmarks of a critical thinker, a 70's music aficionado and most of all a veteran entertainer. Versatile but consistent in his influences, Fisher stands apart as hauntingly genuine.

The Missouri native’s impressive discography roughly corresponds to the number of years he’s spent abroad as a fixture in Vienna, Austria’s Indie music scene. Fisher has cancelled over one hundred concerts in the last year due to the pandemic and anxiously awaits the possibility to perform live again. In the meantime, he has been releasing live streams, including a MusicTraveler.TV fundraiser for The Village Fund, which is a grant program for folk artists experiencing financial hardship, administered by Folk Alliance International.

Tell us a bit about your music and influences.

I grew up in a small town in Missouri and first got into country music as a kid, but then turned my back on it as a teenager, because of what I thought it represented politically. In 2008, when I moved to Europe to study politics, I started to be OK with that genre again and in the last 13 years I’ve made a lot of music that you could say leans towards country and folk.

With my newest record, "American Standards"  I’ve kept a lot of the lyrical inertia pushing me in that direction.  I worked with a producer named René Mühlberger for the first time on this album and he brought a touch of diversity to the sound, which moved the music a little away from country towards some urban influences, so it’s not all pedal steel and acoustic arrangements. René and I were into Turkish psychedelic music from the 70’s for example, so there are a few unexpected influences for the record.  Other influences include “Harvest" by Neil Young, The Beatles’ "White Album” (we liked the diversity of those albums), Foxygen, Dan Auerbach, Richard Swift and Dr.Dog.

I wrote a lot of the songs for "American Standards" in Nashville between 2017 and 2019. I’d hangout at with old burnt-out musicians at honky-tonks and meet hungry young songwriters at open mics. These songs are really inspired by the people and music of Nashville, yet they're written from the point of view of an expatriate not knowing how to feel about it all. I wanted to celebrate it without over-romanticizing it, which required a bizarre mixture of love for the place and distance from it. 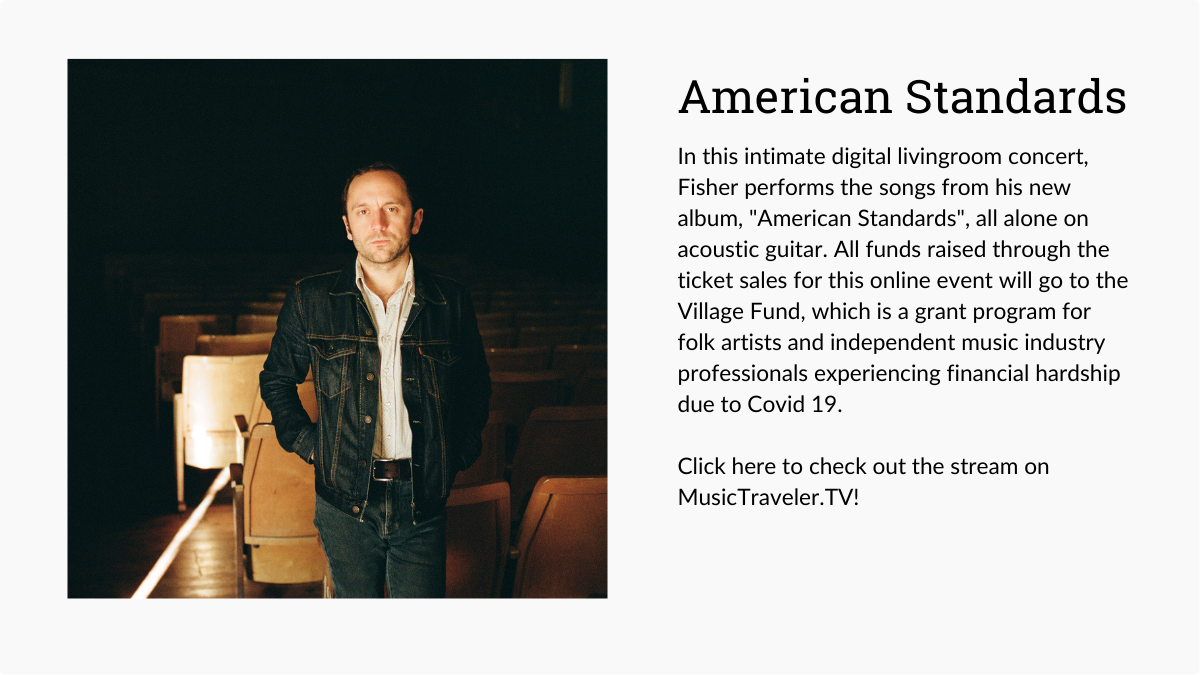 It seems like the reception of the album has been very positive in the US and Europe.

Yeah, it’s been great! It’s hard to say, but it might be a little more in Europe, because I have a more established fan base here. It’s where I’ve done my touring and made a home. When I go back to the US, I usually play in my hometown and Saint Louis, Nashville, and New York. The US is just a more difficult place to permeate as an artist. Though it feels great to get good coverage here and there, it also feels a little abstract at the moment, due to the fact that I can’t play live and feel the response.

Where do you look forward to playing when that’s a possibility again?

I look forward to playing literally anywhere, but especially in Vienna, where I plan to play at the Stadtsaal on July 15th... if that’s even legal!

I’d love to do something with Gillian Welch.

How has streaming changed your approach?

It gets easier to connect with the audience you already have, but it gets harder and harder to make a living off of digital streaming.  Releasing music in the format of an album feels like it's been slowly dying for a while. Sometimes I consider releasing singles and not full albums. Sometimes I think about just releasing digitally and not even printing vinyls and CDs. Sometimes I think of releasing a song every week on Spotify. Sometimes all of that brings me down and I miss the days when audiences paid for music. Sometimes it feels like maybe it’s a chance to be liberated from the album structure and have more freedom as an artist to do whatever I want from song to song. It’s all changing so quickly and it’s hard to make heads from tails though. I guess that's why I really want and need to play live concerts.