The Vienna Business Agency could not have been any more kind to Music Traveler. Read what our Co-founder Julia Rhee has to say in this riveting interview. 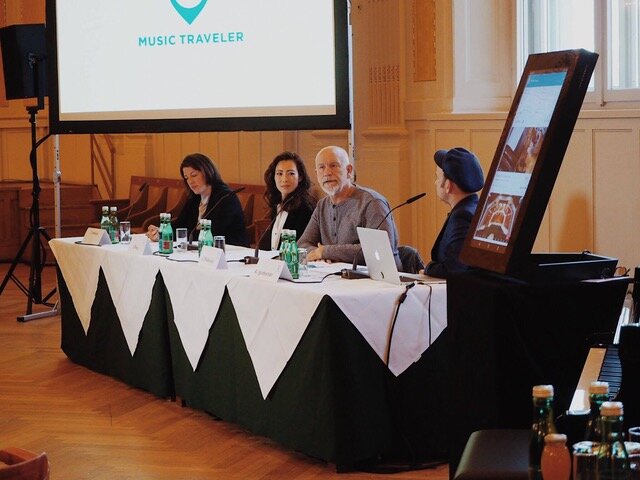 ﻿Vienna is traditionally seen as the capital of music, and not just because of its New Year’s Concert. Did you deliberately choose Vienna as your location?

Julia Rhee: It definitely made a lot of things easier for us that we started in Vienna, the world capital of music. The reason we chose Vienna is that it’s our second home. My co-founder Aleksey Igudesman and I met here and we both have built our lives here.

You both studied in Vienna?

Yes, I am an ex-Pianist, and an undergrad from MDW, the University of Music and Performing Arts in Vienna. Aleksey studied at MUK, the Music and Arts University of the City of Vienna, and today he is a world-renowned violinist and composer. One thing is clear: we are both connected in so many ways to Vienna.

How did the idea for Music Traveler actually come about?

We love music and we love Vienna. As musicians, it is always a real challenge to find suitable rehearsal space, especially when travelling. As a pianist, I often find that hotel rooms rarely have a piano. But even violinists are familiar with the problem of neighbours quickly becoming annoyed. With Music Traveler, it is super easy to find suitable rehearsal spaces and to meet other passionate music lovers in the process.

What were the greatest difficulties in transforming the idea into founding a company?

Definitely doing it. This included doing market research, building up resources, finding the right team members and turning our plans into reality in a very short time.

Music Traveler has very prominent supporters such as Billy Joel, John Malkovich and Hans Zimmer. Did you deliberately seek out these big names or did they find you?

We didn’t look for them, but they are, so to speak, old acquaintances. Our four prominent main supporters and 25 other “Ambassadors“ are all friends of ours from the music industry. We founded Music Traveler with the help of their financial and personal support, and there is not a single person among them that we haven’t known for years. We even went to school with some of them or work together on other projects.

Can you name a few examples?

My co-founder Aleksey Igudesman works with Hans Zimmer as a composer. He was also on stage when we performed with John Malkovich in his theatrical music production “The Music Critic”. Hyung-ki Joo supports Music Traveler as “Chief Artist Relations Officer”. He is Aleksey’s artistic partner in the duo “Igudesman & Joo”. Our Video, which you can view on our website, was created with Billy Joel’s music played by Hyung-ki Joo.

Your service has recently become available in Austria and now also in Germany and Switzerland. What do you expect from the market launch in the neighbouring countries?

We just launched in Germany and Switzerland at the start of June, but we want to grow even more. In August, we are planning to launch in the United Kingdom and, in autumn, we would like to begin initial market testing in the United States. Our aim is not just the neighbouring countries of Austria – we aspire to reach an even broader market.

Can you tell us more about that? Which markets are of particular interest to you?

We would like to take root in the American market. The countries of the EU and the United Kingdom are relatively active when it comes to cultural activities. Art and culture are perceived as both valuable and good; numerous projects are funded or even wholly financed by the public sector. The barriers to experiencing the arts or culture and completing training in the arts are low. These kinds of resources are not available in the United States. Music Traveler wants to be a platform that makes making music easier and cheaper in this market. In addition, the cities are a lot bigger and more compact. 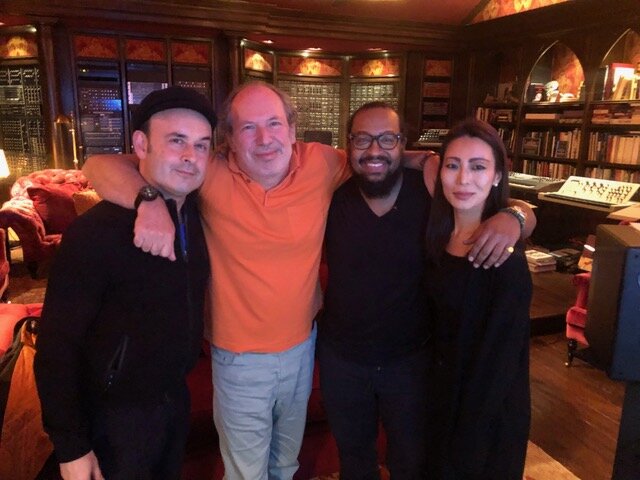 What does that mean?

In the USA, it is more difficult for people to play musical instruments at home. Or can you imagine living in New York City and playing the drums for your neighbours?

What exactly does the US market look like? What do you expect from it?

The quality of the market is of great interest to us. The sharing economy is already a reality in many service areas in the United States, unlike in Europe. We expect our market entry in the USA to run very smoothly, due to technically experienced customers who are already familiar with other platform services.

How many people currently work at Music Traveler?

At the moment, the Music Traveler team consists of 14 people. However, not all of them work full-time; many are still active musicians.

How easy it is for Music Traveler to find new employees? Is there potential for improvement in this area?

Finding suitable staff is one of our greatest challenges at Music Traveler. We want people who share our passion for music and technology and who also have the same attitude towards continuous further development. Even if they don’t have adequate training, all our employees need to know the industry with all its quirks, problems and challenges, because they come into contact with all our potential customers and partners.

Do employees of Music Traveler actually have to have mastered a musical instrument themselves?

We can’t work with team members who don’t play any musical instruments or have never learned music. After all, we are called Music Traveler. Fundamental access to music is therefore a must for candidates.

And how important is a technical background?

Let me put it this way: not all of our team members are engineers. While knowledge of software programming is not required for all of our positions, we would like to work with people who make decisions based on facts, figures and empirical evidence.

How does Music Traveler position itself as an organisation?

Music Traveler aspires to position itself as a diverse, global company with an understanding of multicultural organisations. We deliberately built our team with members from different professional and cultural backgrounds right from the beginning, and this is part of our recruiting strategy. Almost all of us speak three or even more languages. Therefore, we are looking for team members who can contribute additional skills to these qualities and who value respectful mutual relations.

Technology and IT are still considered male-dominated industries in this country. Why do you think this is?

That’s a very difficult question – if I could answer it, I would probably deserve an award. (laughs)

I believe the problem of gender differentiation in the STEM sector (science, technology, engineering and mathematics), education and career development exists worldwide, not just in Vienna. There is still an uneven gender distribution in this sector and in the startup scene. This can, however, also be seen in management positions in other business fields.

The reason for the low number of women is, in many places, due to out-dated stereotypes about careers for women. Plus, there are social structures established over centuries that are culturally deeply rooted and difficult to break apart.

How do you believe that the number of women in the Viennese IT and startup scene could be increased?

The way I see it, to increase the number of women, the first and most important step is for young girls to have role models in the form of female leaders. I think that this could significantly reduce the entry barriers for women to gain a foothold in the IT and startup scene.

An interview with Co-Founder Aleksey Igudesman on Music Traveler