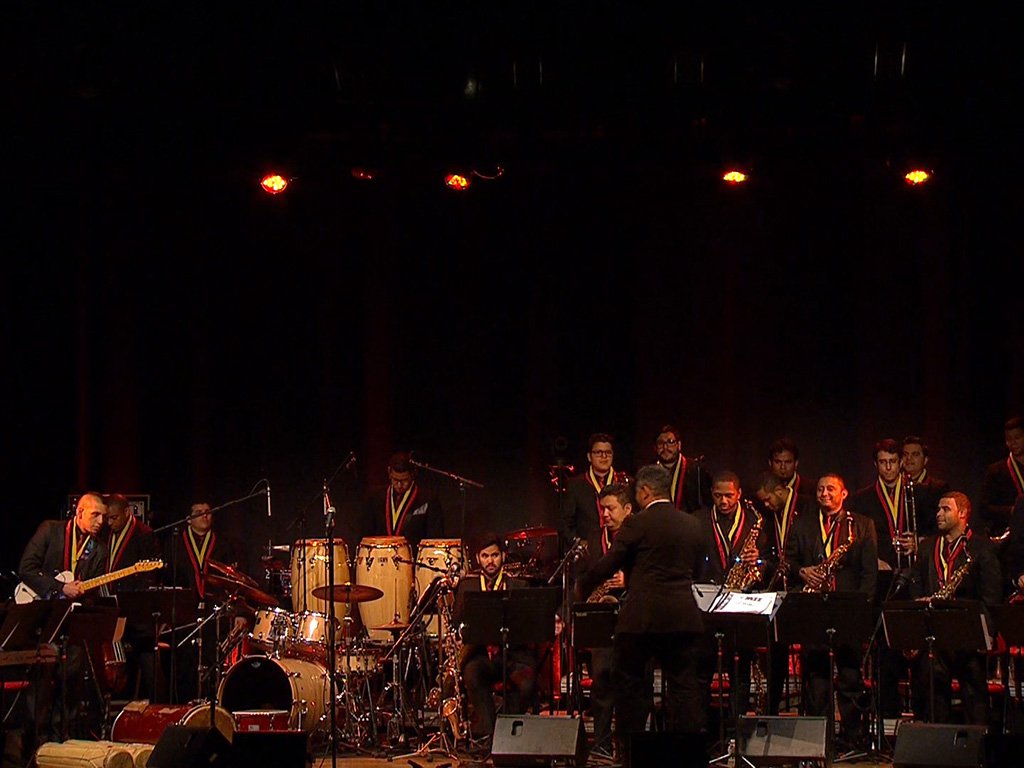 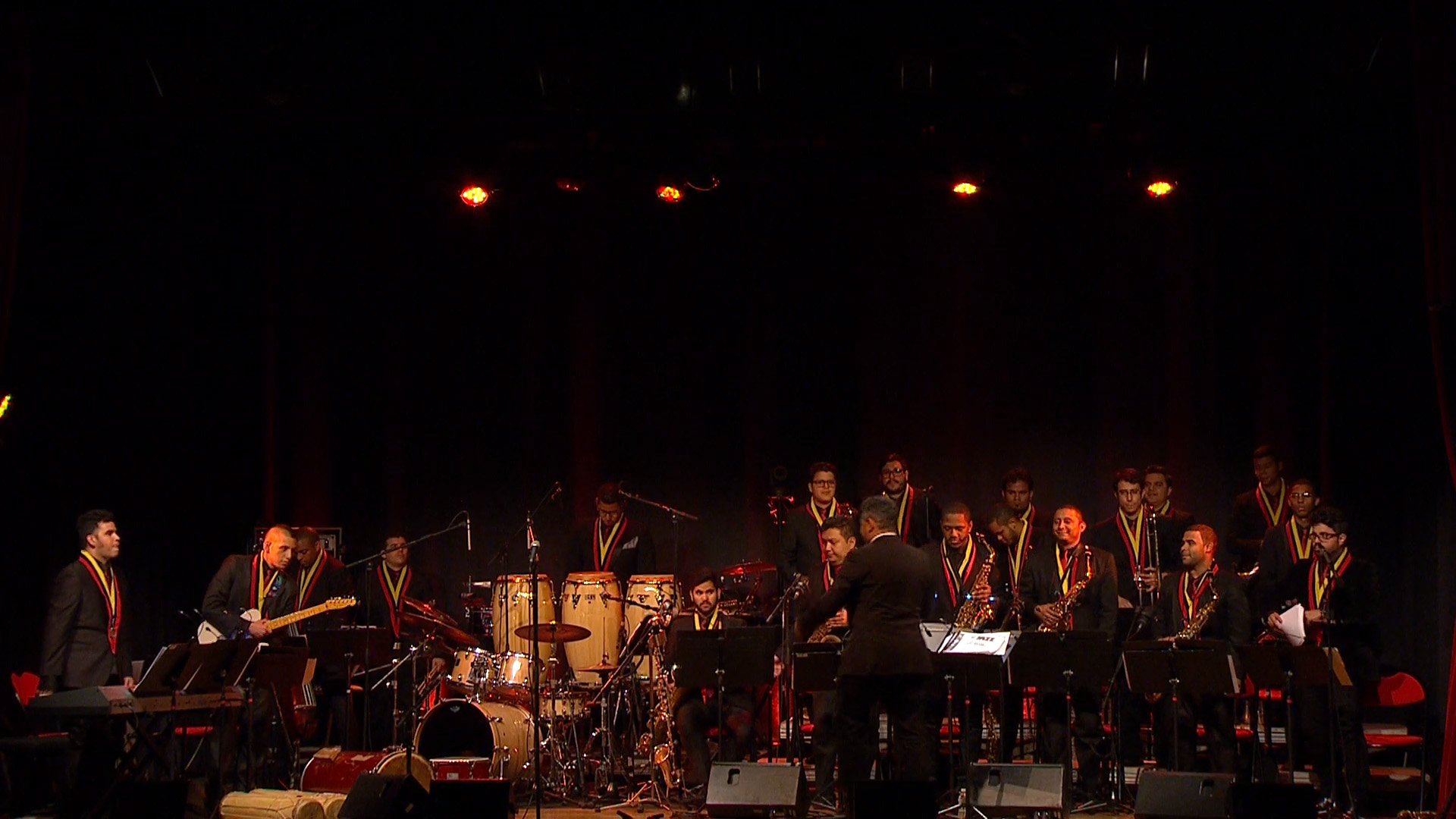 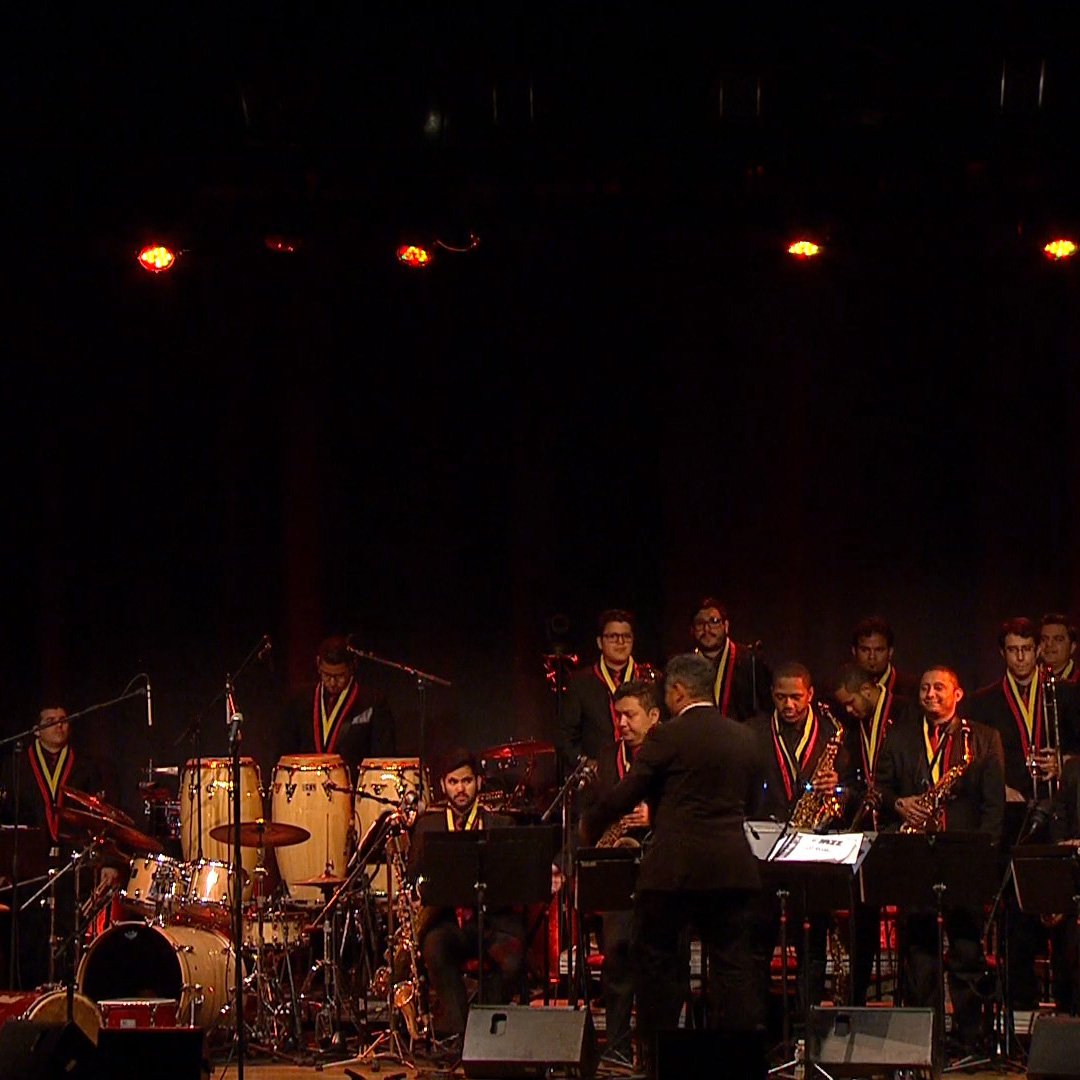 The Simon Bolivar Big Band Jazz was created in 2010 by the Venezuelian drummer Andres Briceño and Valdemar Rodriguez, professor at the Simon Bolivar Conservatory of Music in Venezuela. The band was set up with the aim to promote and disseminate the Jazz music throughout Venezuela. The group is currently touring the most prestigious halls of the United States.
On the 40 musicians that includes the Simon Bolivar Big Band formation, a group of 26 musicians performed in the Dizzy Club and in the Carnegie Hall of New York. They received an ovation in New York by journalists and public, both delighted to discover a new opus in the Venezuelian Systema history.